This metropolitan service is one of the largest operators of statutory transport services in the country and has an annual budget of circa £10M for SEND transport.

As with all authorities, the service is under enormous pressure to provide a statutory service in which:

Recommended by other authorities

LCC trialled QRoutes having heard reports of its results from talking to their Yorkshire colleagues in Sheffield and Barnsley. Budgetary constraints for the provision of services and an interest in technology to support this were important considerations. Julie was keen to point out “Anything which can help to empower our planners to make more informed decisions and result in a more efficient service has to be utilised under the current constraints.

The council decided to focus the trial on their regular SEND work. “We have around 1,300 SEND pupils who we provide transport for using a mixture of our own fleet of 63 vehicles with the rest being provided by private operators in the Leeds area,” says Dylan Owen, Application Manager at Leeds City Council.  Dylan has spent many years supporting the services’ passenger information system. He now has a wider strategic role in respect of evaluating and supporting business systems across the Leeds authority.

“We currently hold our passenger information in a comprehensive system for passenger and budgetary management, but it requires specialist skills to get any real value out of the scheduling. The planners tended to use their own knowledge of geographical areas in order to plan. But this resulted in routes which were always very similar and schedules which were not stretched or challenged.

This is the first year we have had a whole team of eight planners making use of a route planning tool because the QRoutes software is so easy to use.

Peter Clifton, who is a system administrator for the team, built a set of simple reports to make it easy to import the data into QRoutes, including the X and Y locations of every pupil address. “Planners load a simple CSV file straight into QRoutes so that they can get on and plan with ease” says Peter.

Measuring success on more than money

So that the council could better evaluate the effectiveness of QRoutes, Dylan was keen to use an analytical approach by developing a set of Key Performance Indicators (KPI’s) to measure success or otherwise. “Financial metrics alone are not enough. The results speak for themselves and a summary of these KPI’s are included on the following page.

There are too many variables with respect to cost to measure efficiency fairly if this is the only metric used,” observes Dylan. “Our KPI’s focussed on comparing several key metrics in respect of how the contracts were performing at the end of the last academic year. We then run the same reports and KPI’s on our contracts in September once the service was live for the current academic year”

“We found some interesting results” states Dylan Owen “A 12.5% reduction in the number of contracts used, and an 5.84% increase in vehicle occupancy utilisation. We also started the planning and tender process later than we would normally. That allowed us to wait for the last-minute changes which often hampers the planning effort.”

“These savings are consistent with those we have been seeing across our customers.” says Dr David Stewart QRoutes CEO. “They demonstrate how effective route planning tools can be in assisting planners in their work. If you think of CAD packages for engineering design, they are a must have tool for any engineer or architect. We think in terms of ‘CARD’ – ‘computer aided route design’ and strongly believe that this will become the industry standard approach for transport planners in their work.”

The council are now looking to see if they can extend out their use of QRoutes to include their adult social care service.

“It’s great to see that other uses of QRoutes are being explored,” says David. “We are continually looking to evolve the tool to make it the number one system for local authority planners and we are looking forward to a continuing successful partnership with Leeds City Council.” 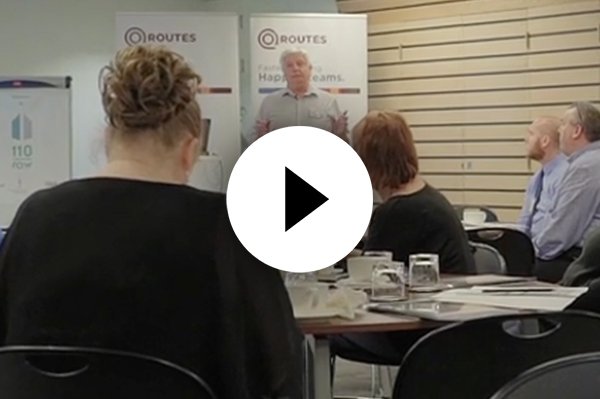 Have a question or want to learn more? Contact us today.

Find out more about the team and QRoutes.